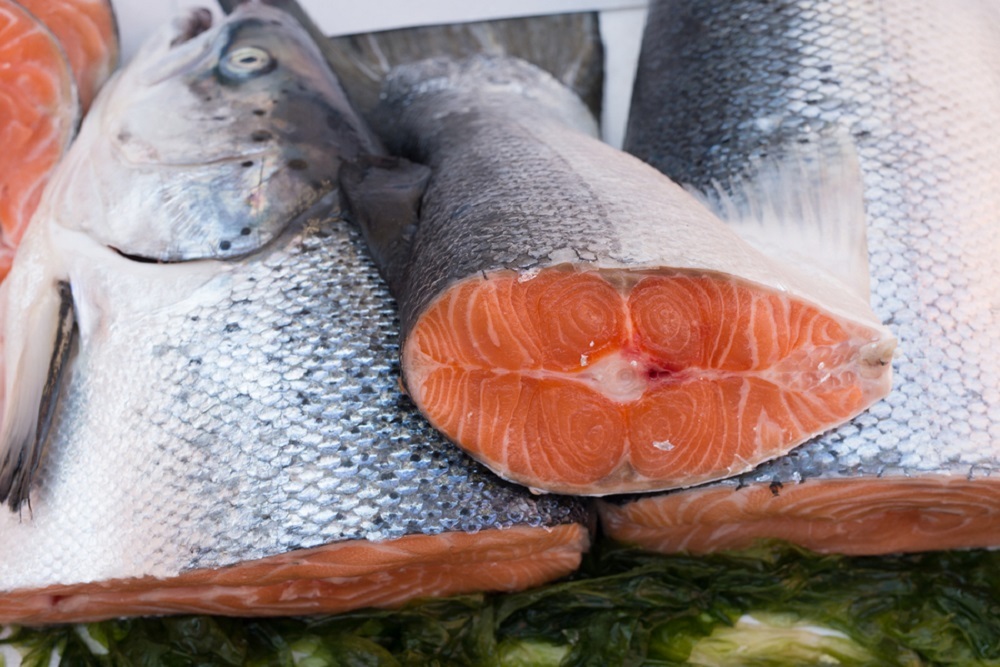 Advancements in the dynamic field of biotechnology are bringing about the development of innovative, new food products. At the U.S. Food and Drug Administration, we’re committed to helping food developers bring biotechnology innovations to market while at the same time providing consumers with confidence that foods available for purchase in the U.S. – whether developed using traditional breeding techniques or biotechnology – meet the FDA’s high safety standards.

Biotechnology is a term used to describe certain methods, including genetic engineering (GE), that scientists use to introduce new, favorable traits or characteristics to an organism. Part of our work implementing the FDA’s vital mission is focused on evaluating the safety of intentional genomic alterations (IGAs) in animals that will ultimately be sold for consumption to American consumers. We recently advanced a comprehensive framework for the efficient development of safe biotechnology products with our new Plant and Animal Biotechnology Innovation Action Plan. In recent years, we’ve taken important steps to help advance novel products, including our 2015 decision to approve an application related to AquAdvantage Salmon, a GE Atlantic salmon that contains the first approved IGA in an animal intended for food use.

Today, we are taking another important step by deactivating a 2016 import alert that prevented GE salmon from entering the U.S. The FDA’s approval of the application related to AquAdvantage Salmon followed a comprehensive analysis of the scientific evidence, which determined that the GE Atlantic salmon met the statutory requirements for safety and effectiveness under the Federal Food, Drug, and Cosmetic Act. However, in 2016, Congress directed the FDA not to allow into commerce any food that contains GE salmon until it issued final labeling guidelines for informing consumers of the GE salmon content in the food. The FDA complied with this requirement by implementing an import alert in 2016 that prevented GE salmon from entering the U.S.

With Congress’ enactment of the National Bioengineered Food Disclosure Standard, the U.S. Department of Agriculture (USDA) was charged with implementing a mandatory standard for disclosing whether a food is “bioengineered” and FDA was divested of its authority over voluntary labeling to indicate the presence of GE content in human foods. The FDA no longer has the authority to issue labeling guidance on this topic; however, the FDA believes this Congressional mandate has been satisfied by the USDA’s issuance of final regulations implementing that law in late 2018 because the law and regulations require that human food containing GE salmon bear labeling indicating that it is bioengineered. Therefore, the FDA is deactivating the import alert that prevented food from AquAdvantage Salmon, including salmon eggs used to grow the fish, from entering the U.S.

With the deactivation of the import alert, AquAdvantage Salmon eggs can now be imported to the company’s contained grow-out facility in Indiana to be raised into salmon for food. As was determined during the FDA’s 2015 review, this fish is safe to eat, the genetic construct added to the fish’s genome is safe for the animal, and the manufacturer’s claim that it reaches a growth marker important to the aquaculture industry more rapidly than its non-GE farm-raised Atlantic salmon counterpart is confirmed.

Additionally, as part of its approval, the FDA also analyzed the potential environmental impact that an approval of the AquAdvantage Salmon application would have on the U.S. environment and published its final Environmental Assessment and Finding of No Significant Impact in November 2015. Based on the multiple forms of physical and biological environmental containment measures proposed by the company in its application, the FDA found that an approval of the application related to AquAdvantage Salmon would not cause a significant impact on the U.S. environment. Subsequently, the FDA found that multiple forms of containment proposed in the supplemental application to raise the salmon in the company’s Indiana facility also would have no significant impact on the environment.

The FDA’s approval process for IGAs in animals is risk-based and includes an assessment of several elements. The FDA encourages developers of IGAs in animals to approach the agency early in their research and development phase to discuss the specific risk profile of the proposed product and the regulatory pathway for commercialization. The FDA routinely works with sponsors early and often to provide greater clarity in the regulatory process, encourage development and research, and support an efficient and predictable pathway to approval.

The FDA is committed to supporting innovation and ensuring safety in the biotechnology space, including the use of IGAs in animals. We’re interested in the promise that newer technologies can have for bringing innovative products, such as these, to market while also helping to ensure they are safe and effective. Our recently issued Plant and Animal Biotechnology Innovation Action Plan focuses on advancing policy priorities the FDA will pursue to clarify our science-and-risk-based approach for product developers, avoiding unnecessary barriers to future innovation in plant and animal biotechnology, and advancing safety and our public health mission. We’ll continue collaborating with industry as part of our comprehensive work supporting safe and effective biotechnology innovations moving forward.