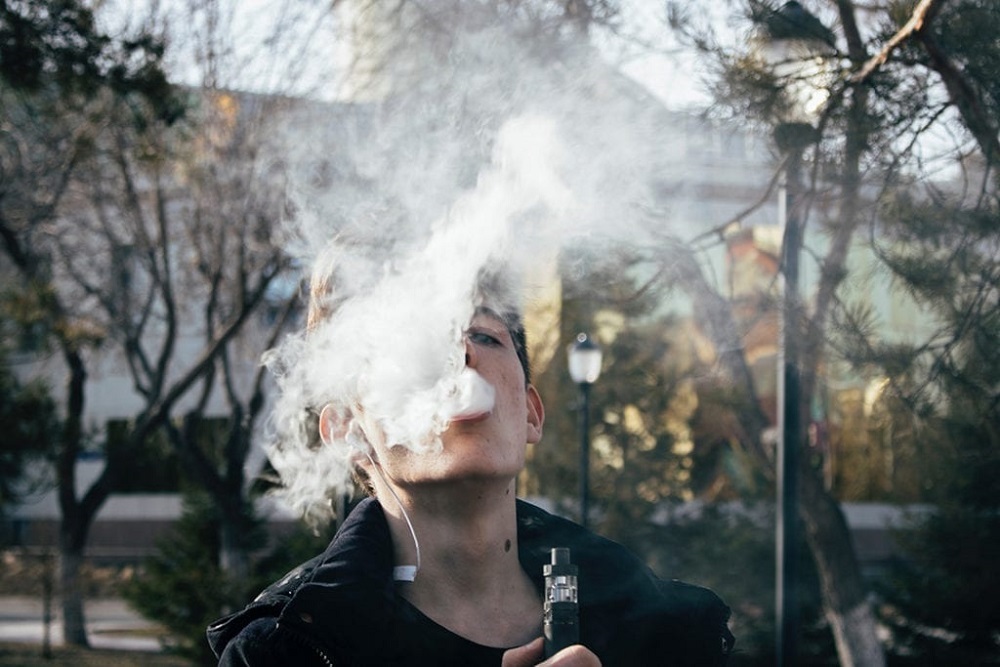 Over the last nearly two years, we’ve spoken often about both the opportunity for e-cigarettes to be an off-ramp for currently addicted adult smokers to completely switch to a potentially less harmful form of nicotine delivery, as well as the tremendous concern for – and series of actions we’re taking to forcefully confront – the recent epidemic level rises of youth e-cigarette use that’s threatening the commitment we’ve made to reduce tobacco use among our nation’s children.

We know that nicotine isn’t a harmless substance, especially in the developing brains of our youth. We know that initiation to, and addiction to, nicotine by never-smokers – predominantly youth and young adults – raises public health concerns. These risks are among the many reasons why we so strongly believe that no child should be using any tobacco product.

But we’ve also been clear that, even for adults, e-cigarettes are not risk free. While we believe that currently addicted adult smokers who completely switch off of combustible tobacco and onto e-cigarettes have the potential to improve their health, e-cigarettes still pose health risks. These include the possible release of some chemicals at higher levels than conventional cigarettes. We’ve also seen data that indicate there may be other potential health concerns. We recognize that in many areas, more information is needed to assess whether there are additional consequences to nicotine use, especially from the use of e-cigarettes, some of which deliver high concentrations of nicotine.

We’re working to collect that information. This includes looking at existing research, adverse event reporting, and both funding and conducting studies that will help fill the current gaps in information. Among the efforts underway, we recently announced that we’re looking at the potential for direct effects of harm from e-cigarettes on the lungs as well as other health factors that these products could negatively impact. In particular, we have concerns about the direct effects of e-cigarettes on the airways. This includes the potential for the use of such products to cause changes to airways that could be a precursor to cancer. We currently have animal toxicology studies underway to further evaluate signals we’ve seen that identify these risks.

Today, we’re notifying the public of another potential emerging safety issue of which the FDA has recently become aware. We have reports indicating that some people who use e-cigarettes, especially youth and young adults, are experiencing seizures following their use. Seizures or convulsions are known potential side effects of nicotine poisoning and have been reported in scientific literature in relation to intentional or accidental swallowing of nicotine-containing e-liquids. However, an FDA review of voluntary adverse event reports for these products submitted to the agency and to poison control centers has identified a total of 35 reported cases of seizures following use of e-cigarettes between 2010 and early 2019. While 35 cases may not seem like much compared to the total number of people using e-cigarettes, we are nonetheless concerned by these reported cases. We also recognize that not all of the cases may be reported. We believe these 35 cases warrant scientific investigation into whether there is in fact a connection.

We want to be clear that we don’t yet know if there’s a direct relationship between the use of e-cigarettes and a risk of seizure. We can’t yet say for certain that e-cigarettes are causing these seizures. We’re sharing this early information with the public because as a public health agency, it’s our job to communicate about potential safety concerns associated with the products we regulate that are under scientific investigation by the agency. This also helps encourage the public to voluntarily report additional adverse events that can better inform our work.

Unfortunately, in this case, many of the reports received to date lack enough information to identify a specific brand or sub-brand of e-cigarette. The reports also don’t provide enough detail to establish a clear pattern or cause for these incidents. For example, seizures have been reported among first-time e-cigarette users and experienced users. In a few situations, e-cigarette users reported a prior history of seizure diagnosis. A few reported cases indicated that the seizures occurred in association with the use of other substances such as marijuana or amphetamines. Seizures have been reported as occurring after a few puffs or up to one day after use.

There are many factors that may lead to seizures. For example, e-liquids have varying levels of nicotine concentrations, and some e-cigarette design features may allow a user to obtain high levels of nicotine quickly. E-cigarette use behaviors also vary and users may deliberately or inadvertently inhale more nicotine than would typically occur. Additionally, some of the reported incidents may not be directly related to e-cigarettes use – the seizures may have been triggered by an underlying medical condition, use of other substances, or other factors.

At the same time, due to the voluntary nature of these case reports, we must also recognize that there may be more instances of seizure in e-cigarette users than have been reported. We are actively seeking additional reporting. We’re encouraging health care professionals, consumers, parents, teachers and other concerned adults, as well as youth and young adult users to be aware of this potential health issue and report any past or future incidents of seizures following e-cigarette use to the FDA. Additional reports or information about these incidents may help us determine if there’s a connection and help identify common risk factors and if any e-cigarette product attributes, such as nicotine content or formulation, may contribute to seizures.

We’re asking that any unexpected health or product issues experienced with e-cigarettes or any tobacco product be reported to the FDA through our Safety Reporting Portal. Information about the specific product used (including brand name), whether it was modified in any way or if other tobacco products, medications, supplements or other substances were used, as well as details about product use preceding the adverse event, are critical pieces of information to help fully assess this issue more broadly. We need more information before we can determine if there’s in fact a link between e-cigarette use and the reported incidents. It’s our hope that these public steps to solicit additional reports of adverse events, along with other agency efforts, will allow us to understand whether there’s a connection.

While we continue our scientific investigation, we’ll also continue our work to more fully understand other potential risks associated with e-cigarette use. We take our public health mandate seriously. The FDA is committed to monitoring this issue closely and taking additional steps as necessary to protect the public, especially our nation’s youth, from the dangers of e-cigarettes and other tobacco products. We will continue to provide updates as more is learned.