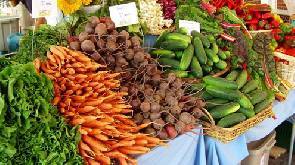 FDA acting commissioner Norman Sharpless and deputy commissioner for food policy and response Frank Yiannas released a statement on the changes technology has made on how Americans receive their food.

Now, food is available year-round and at affordable prices. Sharpless and Yiannas expect to see technology continue to change and evolve the way Americans get food. With this comes a need to change the way food safety works. This has begun with the new FDA Food Safety Modernization Act (FSMA), which was implemented into law in 2011.

The statement announced a “New Era of Smarter Food Safety” to look toward the future of food safety. The first part of this new era is through food traceability and being able to determine foods which have caused illnesses in order to recall them. The FDA wants to start using more digital technology in order to create an easier system of food traceability.

The FDA will also use technologies in society and business sectors all around us, such as distributed ledgers, sensors, the Internet of Things and artificial intelligence, according to the statement. They will start a new pilot program using artificial intelligence and machine learning to enhance food safety of imported goods at ports around the country.

Finally, the FDA is looking at the new trend of food being delivered directly to homes. The new era will include ways the FDA can collaborate with companies for better delivered food safety.