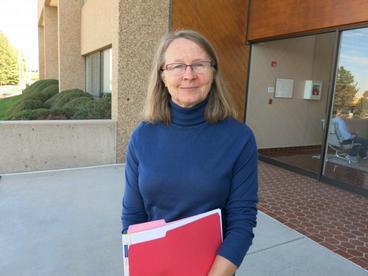 They were published in Health Affairs and the Aspen Institute on the same day.

In one paper, authors Eli Adashi, Rohit Rajan, and Glenn Cohen write that the FDA mission has been undermined and threatened with political interference from congressional legislators.

“There has been a recent uptick in political influence on the FDA's decisions, including the recent Plan B debacle. In the long run, the American people are at risk of losing the independent drug safety watchdog they rely on,” Adashi, Rajan, and Cohen write.

The ex-commissioners offer a number of suggestions on how to fix the FDA: There should be six-year terms for FDA commissioners, budgetary independence and rule-making authority with selective oversight by the Office of Information and Regulatory Affairs and Office of Management and Budget.

“The fate and stature of the FDA rest in the hands of lawmakers who may be reluctant to alter the status quo for fear of losing leverage,” write Adashi, Rajan, and Cohen. “Failure to codify in law the independence of the FDA now or in the near future must be viewed as an opportunity missed.”

One expert, though, remained unconvinced.

Linda Gorman, the director of free-market think-tank Health Care Policy Center at the Independence Institute in Denver, said the paper focused too much on abortion.

“I find the article ultimately unconvincing. One reason is that most of the examples given in the article seem to be pushing hot buttons in the abortion debate. I wonder why the authors decided to make this choice if what they want is sober consideration of their position. It would have been far more convincing if they had discussed cases not related to hot button political issues,” Gorman told the FDA Reporter.

Gorman said another one of the claims seem to be rather over the top.

“There was no 'robust transparent political debate' about Plan B? Seriously? Simply googling for pros and cons brings up pages of articles on OTC Plan B in the early 2000s. My sense of the debate was that in addition to the obvious problem that the drug presented for pro-life people and those who object to giving drugs or health treatments to minors without parental permission, the FDA was relatively cautious because of the high dose of hormones involved and the possibility that some of the women using it could be very young. Some earlier emergency contraceptives had been found to have undesirable side effects and were no longer marketed.

Gorman said she thinks the FDA has too much power to be an independent agency.

“It would be one thing if it were issuing recommendations like Underwriters Labs, it is quite another when it absolutely controls new drug introductions for millions of people,” Gorman said.

“In my view, the claim that drug approvals can somehow be based on 'science' free of value judgment is analytically flawed. Science is a method of inquiry. The FDA is often having to make decisions about new substances for which the mechanism of operation is unknown and its effect on any given individual is uncertain. There is always risk. 'Science' may or may not be able to quantify that risk.”

Gorman said that statistical analysis may or may not be able to assess the risk and the problem is that statistics is not science.

“It provides methods for analyzing data generated by scientific inquiry. Simply cranking up the apparatus of a big clinical trial doesn’t necessarily give right answer, either. Trials can be underpowered, they can be poorly designed. People may be unwilling to participate. They can enroll an unrepresentative sample of the population,” she said.

Gorman pointed out the case of the Women’s Health Initiative, a trial that one expert summed up as the use of hormone replacement therapy on groups of women who wouldn’t normally use it using drugs not normally used on them. Gorman said it also ignored some major benefits of hormone replacement therapy, notably the reduction of osteoporotic fractures.

“Should people assume the risk? That’s ultimately a political decision, not a scientific one. How much should we spend on examining drugs for safety and efficacy? That’s ultimately a political decision as well. So is the question of whether people from drug companies, who are experts in parts of drug discovery academicians are not, should participate in the evaluation. Some people argue that the current approval process is tilted too far towards academicians. People from industry are not the only people who act in a self-interested manner,” Gorman said.

“Economists who study these things have concluded that one of the drivers of rapidly increasing prices for new molecules is that the FDA is requiring increasingly expensive trials in order to keep the risk down. And sometimes it seems to be going too far as when it approved testing of artificial blood replacements in trauma patients and sham surgery. If an independent agency goes too far, and raises its fees too high so that the rate of new drug introduction is depressed, who will bring it under control?”