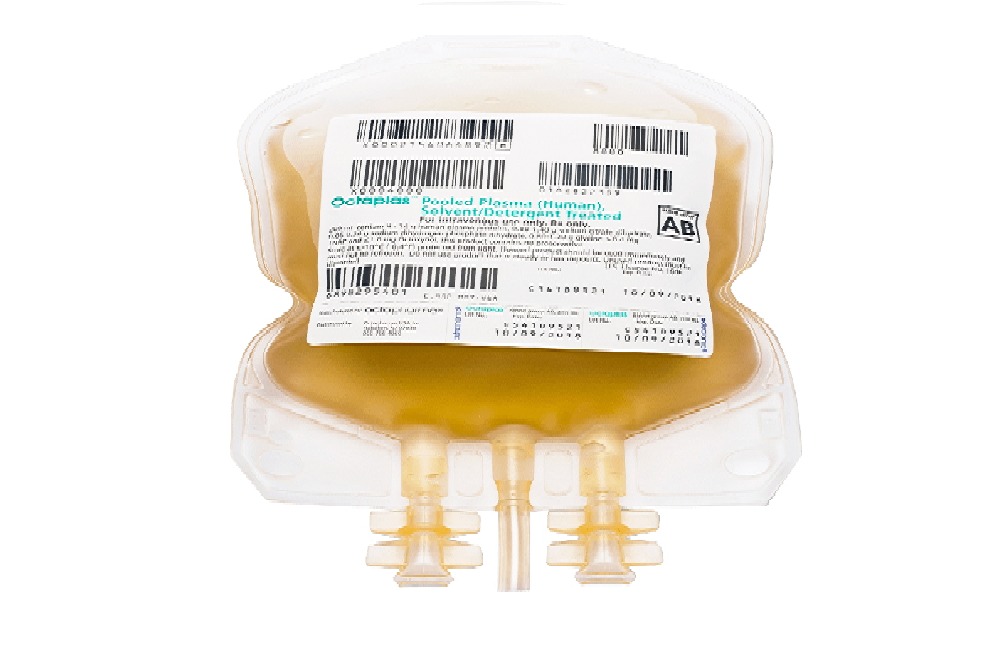 Octapharma USA issued the following announcement on May 22.

“The results of this study provide clinical evidence supporting the use of Octaplas™ in critically ill pediatric patients with acquired deficiencies who require replacement of multiple coagulation factors due to liver disease or who are undergoing cardiac or liver transplant surgery,” said Octapharma USA President Flemming Nielsen. “The results of the present study and those of previous studies comparing Octaplas™ with fresh frozen plasma support its use in this patient population.”1

Patients were dosed based on body weight and doses were adjusted as needed. There were no hyperfibrinolytic or treatment-related thromboembolic events reported by investigators. Overall safety was assessed by investigators as “excellent” for all 50 patients. Hemostatic parameters as measured by international normalized ratio (INR), prothrombin time (PT), activated partial thromboplastin time (aPTT), and thromboelastography (TEG) were within expected ranges following use of Octaplas™.1

The study results demonstrating the safety of Octaplas™ in the management of critically ill pediatric patients were presented at the Society of Cardiovascular Anesthesiologists Annual Meeting.

Several types of plasma products are available for transfusion, including fresh frozen plasma (FFP) or solvent/detergent (S/D)-treated, pooled plasma.4 Octaplas™ is a S/D treated, virus inactivated, blood group-specific human plasma prepared from pooling multiple single donor FFP units resulting in a standardized composition with significantly lower variability in coagulation factor content compared to standard FFP.5 In comparison to FFP, Octaplas™ is practically cell free, and contains significantly lower residual platelet concentrations and negligible amounts of microparticles due to its manufacturing process.6 Octaplas™ offers a safety benefit as a result of the pathogen inactivation and removal of cells or cell fragments during the manufacturing process.

Octaplas™ is a solvent/detergent (S/D) treated, pooled human plasma indicated for replacement of multiple coagulation factors in patients with acquired deficiencies due to liver disease or who are undergoing cardiac surgery or liver transplantation; and plasma exchange in patients with thrombotic thrombocytopenic purpura (TTP).

Transfusion reactions can occur with ABO blood group mismatches; high infusion rates can induce hypervolemia with consequent pulmonary edema or heart failure; excessive bleeding due to hyperfibrinolysis can occur due to low levels of alpha 2-antiplasmin; thrombosis can occur due to low levels of Protein S; citrate toxicity can occur with volumes exceeding one milliliter of Octaplas™ per kg per minute; Octaplas™ is made from human blood and may carry the risk of transmitting infectious agents, e.g., viruses and theoretically, the variant Creutzfeldt-Jakob disease and Creutzfeldt-Jakob disease agent.

About the Octapharma Group

Headquartered in Lachen, Switzerland, Octapharma is one of the largest human protein products manufacturers in the world and has been committed to patient care and medical innovation since 1983. Its core business is the development and production of human proteins from human plasma and human cell lines. Octapharma employs approximately 8,314 people worldwide to support the treatment of patients in over 115 countries with products across the following therapeutic areas: Hematology (coagulation disorders), Immunotherapy (immune disorders) and Critical Care. The company’s American subsidiary, Octapharma USA, is located in Hoboken, N.J. Octapharma operates three state-of-the-art production sites licensed by the U.S. Food and Drug Administration (FDA), providing a high level of production flexibility. For more information, please visit www.octapharmausa.com.