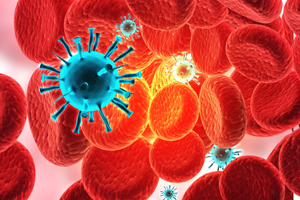 New cancer treatments known as chimeric antigen receptor (CAR) T cell therapy are awaiting approval from the Centers for Medicare and Medicated Services (CMS) to be financially covered for outpatients in cancer centers or clinics.

CAR-T trials for inpatients in hospitals have already been FDA approved and produced promising results.

CAR-T works by removing a patient’s white blood cells, thereby reducing the overall immune system, and shipping the blood cells across the country to be altered for two to three weeks using a specific antigen that will increase the cells’ fighting capabilities. The blood cells are then returned to their original location and inserted back into the patient’s body, where the cells are now strong enough to tackle the cancer cells.

CAR-T products have been currently approved for cancer forms such as acute lymphoblastic leukemia and diffuse large b-cell lymphoma, with the hopes to be approved to handle more diseases in the future.

The problem right now is that patients using the CAR-T therapy are forced to be hospitalized for a month, due to potential complications that can occur soon after being tested from altering the body’s insurgents.

Shaker Dakhil of the Cancer Center of Kansas aspires to correct that problem by conducting tests for a new version of CAR-T for distribution to clinicals nationwide, in which the new treatment can delay the complications by seven to ten days without requiring any hospitalization.

Dakhil wrote an opinion article published in “Kansas Business Daily” calling for government programs such as CMS to approve this new form for outpatients.

“[CMS] are contemplating in their decision that if they are going to cover it, they’re only going to cover it as an inpatient, and we feel like that is unfair for centers like ours,” Dakhil said. “Why do we have to put the patient in the hospital to give them the product if he can sleep in his own bed?”

Dakhil has already opened trials of this new form of CAR-T at the Cancer Center of Kansas. He stated how patients can be approved for the treatment after failing two prior therapies, and because of this, the cancer center has yet to officially start trials on any patient.

Dakhil believes one of the reasons for why Medicare services have not already approved the treatment for outpatients is that the organization does not yet fully understand the benefits of CAR-T outside of hospitals. Some hospitals, however, are refusing implementing CAR-T because of its cost of half a million dollars and that it eliminates the responsibilities of many physicians, in which those physicians will not be paid enough in the eyes of hospital administrators.

“I think the step of covering it as an inpatient is good, but what we’re saying in our op-ed that it is not good enough,” Dakhil said. “If the product is safe to be given in the office, why shouldn’t it be covered the same way?”

Dakhil also mentioned that Medicare already approved a treatment for outpatients for prostate known as Provenge that works nearly identical to CAR-T — by removing a patient’s white blood cells for alteration and then injected back into the body as a stronger form.

Dakhil wrote in his opinion article the dangers of not approving the treatment for outpatients, such as placing cancer patients in environments far away from their family and friends and overall limiting the access to stronger treatment options for Americans.

Dakhil also stated in his article that, “over 80 percent of cancer patients are currently treated in the community setting.”

“It’s safe, it should be like any other treatment,” Dakhil said.

Centers for Medicare and Medicaid Services