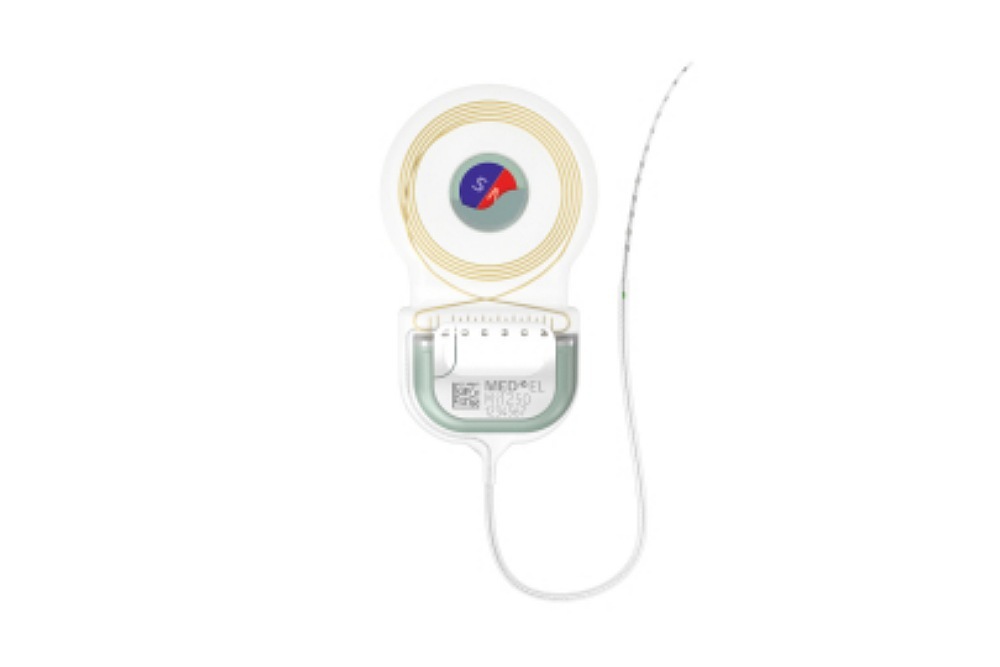 MED-EL USA announced today that the U.S. Food and Drug Administration (FDA) has approved the company’s cochlear implant system for single-sided deafness (SSD) and asymmetric hearing loss (AHL). This is the first and only time that cochlear implants have been approved for these indications in the United States.

“People living with single-sided deafness and asymmetric hearing loss have had limited technology options to improve their speech understanding, ability to localize sounds in their environment, and quality of life,” said Margaret T. Dillon, AuD, Associate Professor, Director of Cochlear Implant Clinical Research, and lead researcher on the SSD and AHL clinical trial at the University of North Carolina School of Medicine that was instrumental in the FDA approval. “Difficulty in speech understanding in noise and localizing sound are incredibly frustrating aspects of single-sided deafness and asymmetric hearing loss, and it was gratifying to be able to demonstrate the efficacy of MED-EL’s cochlear implants to help patients restore a sense of sound that they had been missing.”

“Today’s historic FDA approval is a significant advance for people who have struggled with single-sided deafness or asymmetric hearing loss for far too long. My father lived with single-sided deafness, which severely affected his ability to communicate and localize sound. His experience was a motivating factor in my choice to become an audiologist, so this has a very personal connection for me,” said Raymond Gamble, President & CEO, MED-EL North America. “This milestone demonstrates MED-EL’s leadership and commitment to truly living our mission of removing hearing loss as a barrier to communication – including this traditionally underserved population.”

To be connected with a specialist from MED-EL regarding this new indication, click here or visit http://go.medel.com/ssd-us.

SSD and AHL can be caused by viral infections, Meniere’s disease, or trauma to the head or ear. In some cases, the causes of SSD or AHL are unknown. Recent data estimates that 7.2% of Americans report some degree of hearing loss on one side, with 5.7% having mild and 1.5% reporting moderate-or-worse hearing loss on one side, translating to an estimated 4.9 million American Adults facing SSD.1 Until now, treatment options were limited to hearing aids and CROS systems that provide limited or no benefit for people with profound hearing loss in one ear.

People with SSD and AHL experience difficulties hearing in certain listening situations such as noisy environments, and these difficulties have a negative impact on communication and social interaction. SSD can negatively affect speech and language development in children and work performance among adults. These difficulties can be attributed to the lack of binaural summation, the head shadowing sounds on the opposite side of the hearing ear and the inability to localize sounds. Previously available options in the US such as CROS hearing aids and bone conduction devices do not restore binaural hearing in SSD or AHL patients as they only reroute the signal to the hearing ear. These therapeutic options restore neither sound localization nor spatial hearing, which means patients still face significant difficulties with communication in daily life.

The approval was based on clinical data from a study at the University of North Carolina at Chapel Hill with 40 participants ages 18 and older to evaluate speech perception in quiet and noise, sound localization and quality of life. Trial participants had single-sided sensorineural profound hearing loss in one ear, or asymmetric hearing loss, for less than 10 years and had used a hearing aid regularly for at least some of that time. All of the people in the study had also tried some type of current hearing device to treat SSD, such as a hearing aid, bone-conduction device, or a CROS hearing aid. Subjects were implanted at the University of North Carolina at Chapel Hill with the MED-EL CONCERT or SYNCHRONY Cochlear Implant System in this prospective, non-randomized, non-blinded, repeated measures clinical study.

Both groups of people (SSD and AHL) improved their ability to understand speech in quiet after one year of implant use when tested with the implant alone. For the people with SSD, average scores when repeating single words in quiet increased from 4% before surgery to 55% after 12 months of listening with the implant. For the group of people with AHL, this same test score improved from 6% to 56% in 12 months. In the opposite ear, there was no change in their score over time. When tested with both ears, there was no change compared to the score before surgery.

Finding the Direction of a Sound Source:

People in both the SSD and AHL groups significantly improved in finding the direction of a sound after they had listened with the cochlear implant for 12 months. To take this test, listeners sat in a room with 11 speakers arranged in a half-circle in front of them, and they were asked to point to the speaker each sound came from.

Listeners were asked to complete two questionnaires about their experiences using the MED-EL cochlear implant. After one year of listening, both groups (SSD and AHL) reported an improvement overall when asked about their impressions of the quality of speech, ability to locate sounds around them, and overall sound quality (SSQ Test) as well as ease of communication, hearing in background noise, and hearing in environments with an echo (APHAB Test).

Contraindications for SSD and AHL are the same as for individuals receiving cochlear implants who have bilateral hearing loss, including: if the individual is known to be intolerant of the materials used in the implant; if there is an absence of cochlear development; if individual has an acoustic neuroma; if the cause of deafness is non-functionality of the auditory nerve and/or the auditory pathways; if external or middle ear infections are present or if the tympanic membrane is perforated in the ear to be implanted; if there are medical contraindications present against surgery of the middle and inner ear and anesthesia as required; if anatomic abnormalities are present that would prevent appropriate placement of the stimulator housing in the bone of the skull, or prevent placement of the chosen electrode array into the cochlea. In such cases, using the cochlear implant must be carefully considered prior to surgery; if the psychological status of the patient is unstable or, if the patient has unrealistic expectations. In addition, hearing loss of a profound duration for greater than 10 years is a contraindication for the SSD and AHL indication.

MED-EL Medical Electronics, a leader in implantable hearing solutions, is driven by a mission to overcome hearing loss as a barrier to communication. The Austrian-based, privately owned business was co-founded by industry pioneers Ingeborg and Erwin Hochmair, whose groundbreaking research led to the development of the world’s first micro-electronic multi-channel cochlear implant (CI), which was successfully implanted in 1977 and was the basis for what is known as the modern CI today. This laid the foundation for the successful growth of the company in 1990, when they hired their first employees. To date, MED-EL has grown to more than 2,000 employees and 33 subsidiaries worldwide. The company offers the widest range of implantable and non-implantable solutions to treat all types of hearing loss, enabling people in 123 countries to enjoy the gift of hearing with the help of a MED-EL device. MED-EL’s global portfolio of hearing solutions includes cochlear and middle ear implant systems, a combined Electric Acoustic Stimulation hearing implant system as well as bone conduction devices. www.medel.com