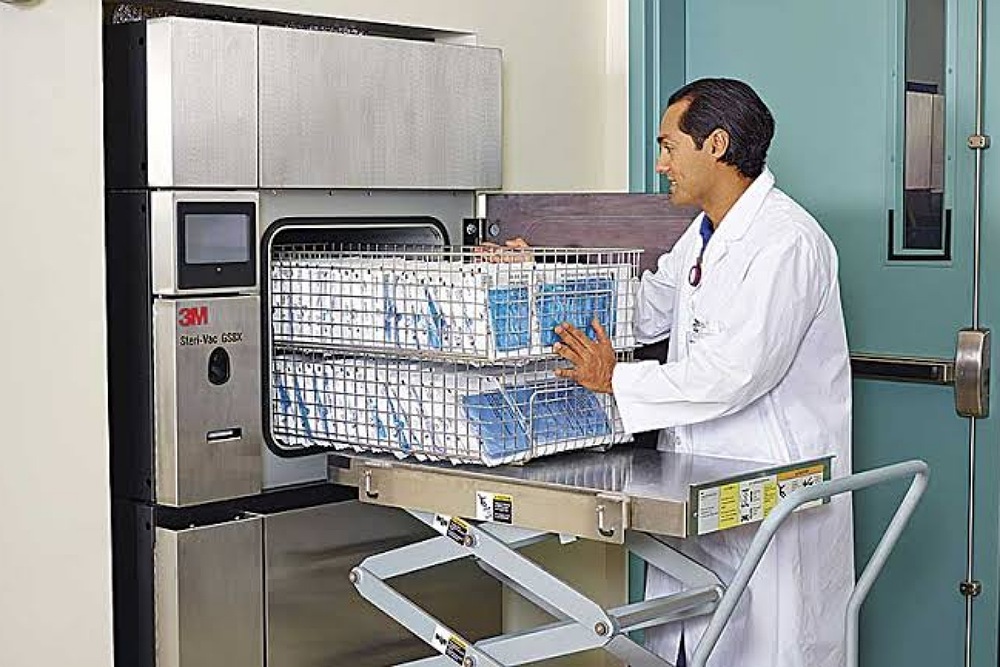 At the U.S. Food and Drug Administration we continue to closely monitor the supply chain effects of closures and potential closures of specific large-scale sterilization facilities that use a gas called ethylene oxide to sterilize certain medical devices prior to their use. Ethylene oxide is used in the manufacturing processes for a variety of both medical and non-medical products. While potential impacts to the availability of sterile medical devices is a concern given their criticality to our health care system, we also recognize the value in reducing over-reliance on ethylene oxide in commercial operations, including for medical device sterilization. This is why, in addition to our ongoing shortage mitigation efforts, we’ve been advancing innovation in medical device sterilization techniques to reduce reliance on ethylene oxide.

Today we’re announcing the next steps we’re taking in our ongoing efforts in medical device sterilization with ethylene oxide. This includes the selection results of our two new Innovation Challenges to  accelerate the development and review of sterilization technology innovations, as well as a recap and action items that came out of our recent public advisory committee meeting on how best to encourage innovation in medical device sterilization. Further, we’re also announcing a new pilot program for industry to expedite approvals of certain changes to ethylene oxide sterilization processes and facilities.

As we’ve previously mentioned, the two new Innovation Challenges were intended to encourage ideas from academics, industry and others about novel solutions for improving sterilization processes. Challenge one was to identify new sterilization methods and technologies that are alternatives to those that use ethylene oxide. Challenge two was to identify strategies or technologies that can significantly reduce the amount of ethylene oxide used to sterilize devices. Today we are announcing the results of both of these challenges.

We received 46 applications, from companies large and small, and after careful review have selected 11 applications. These applications run the gamut of innovative ideas and novel methods, including nitrogen dioxide sterilization, vaporized hydrogen peroxide sterilization, reduced sterilant concentration and use of ethylene oxide-flexible chamber technology to name a few examples. As a next step, we’ll work directly with these selected applicants to accelerate the development and review of innovative technologies for sterilization processes.

We are also simultaneously moving forward on recommendations we received from our public advisory committee meeting held earlier this month. It was a robust meeting where we discussed how best to encourage innovation in medical device sterilization with speakers from the FDA, the U.S. Environmental Protection Agency (EPA), the Centers for Disease Control and Prevention’s Agency for Toxic Substances and Disease Registry, the Medicines and Healthcare Products Regulatory Agency of the United Kingdom and several other stakeholders and members of the public.

One recommendation we received at the advisory committee meeting is for device manufacturers to begin, as soon as possible, to reduce the amount of paper (such as the labeling and instructions for use manuals) that is included in a sterile device package. An ethylene oxide sterilized medical device must be sealed in a carefully designed gas-permeable package that enables the ethylene oxide gas to enter. When the sterilization load (i.e., all of the materials inserted into the sterilizer chamber with the device) includes a large amount of paper with the device, it hinders the ethylene oxide getting to the device and generally means that more ethylene oxide is required for effective sterilization. Therefore, the FDA is encouraging device manufacturers to move to electronic materials where feasible and safe for device users. We are currently engaging with medical device industry members to make this change.

A second recommendation we received at the advisory committee meeting is that the FDA could help mitigate medical device shortages and advance medical device sterilization by expediting approvals of certain changes that medical device manufacturers make to ethylene oxide sterilization methods, processes and facilities. Before most sterile medical devices are on the market, the FDA reviews premarket submissions to determine if the sterility information is adequate (i.e., in accordance with internationally agreed upon voluntary consensus standards that the FDA recognizes). If a medical device manufacturer changes the method, process, or the facility identified in its original premarket approval (PMA) submission for sterilizing its devices, the manufacturer generally needs to submit a PMA supplement to the FDA for review and approval before they can make those changes. However, considering the recent sterilization facility closures and concerns about their impact on medical device availability, we recognize the need to facilitate timely process and site changes that may reduce the amount of ethylene oxide used and minimize the impact of supply interruptions.

Second, under this voluntary program, manufacturers and sponsors of Class III devices (generally devices that are high risk and/or life-supporting or life-sustaining) affected by changes made by a sterilization facility participating in the EtO Pilot Program (and within the scope of the program) can, upon FDA’s permission, reference the Master File submitted by their sterilization provider in a post approval report, rather than a PMA supplement. The pilot program is intended to provide expeditious review and feedback to sterilization facilities and PMA holders on Master File submissions used to support changes made to sterilization site and/or processes in a postapproval report.

By facilitating more efficient review and feedback, this pilot program should also result in sterilization facilities using a reduced amount of ethylene oxide several months sooner than they otherwise would while still providing robust patient safeguards. Consequently, we believe this pilot program will allow more nimble response to sterilization site closures by more quickly approving sterilization site relocations and speeding up the implemention of sterilization methods that reduce the amount of ethylene oxide needed to sterilize PMA-approved medical devices. This could reduce the impact of ethylene oxide on the environment and on the public health while at the same time continuing to ensure patient access to safe medical devices.

We look forward to seeing what the selected applicants of the innovation challenge do next as well as the outcome of our EtO Pilot Program. The FDA will continue in our steadfast commitment to develop solutions to avoid potential device shortages and encourage new, innovative ways to sterilize medical devices while reducing adverse impacts on the environment and on the public health.