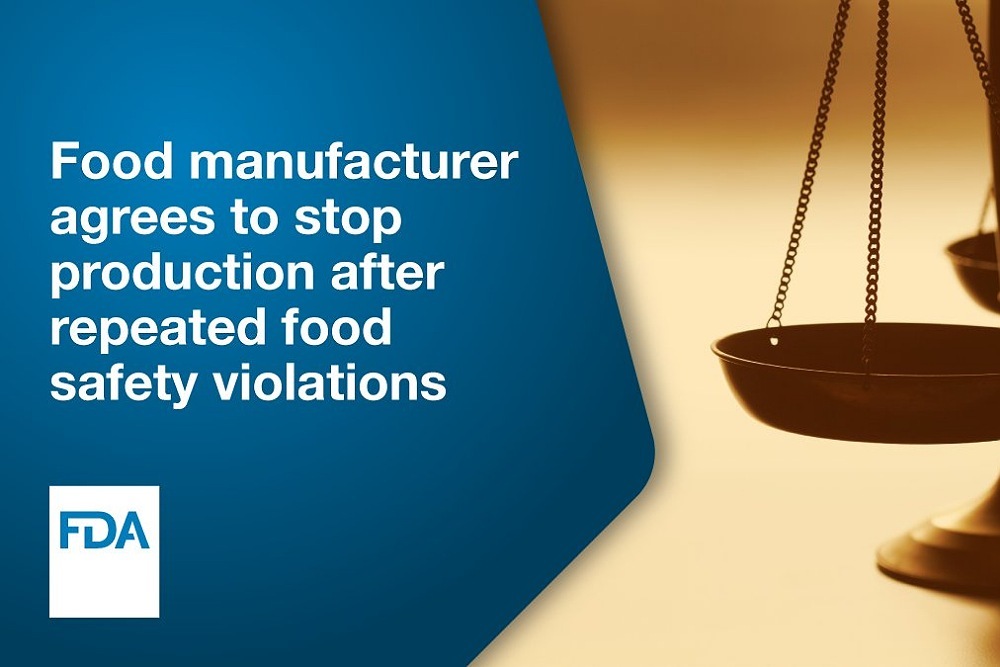 The U.S. Food and Drug Administration announced that recently Golden Gate Soy Products, a California-based food manufacturer, has agreed to discontinue selling food products until the company complies with federal regulations and other requirements. This action follows several inspections conducted by the FDA, which found Listeria monocytogenes (L. mono) in the company’s food preparation area and that the company was holding food for distribution in insanitary conditions.

“The FDA takes its role to protect our food supply very seriously. The inappropriate and unsafe practices of Golden Gate Soy Products not only violated the law, but also put consumers in harm’s way,” said FDA Associate Commissioner for Regulatory Affairs Melinda K. Plaisier. “This type of behavior is unacceptable and is why we took action to prevent the defendants from introducing contaminated or potentially contaminated food products into the marketplace.”

The consent decree prohibits the defendants from receiving, preparing, processing, packing, holding, labeling and/or distributing foods at or from their facility, or any other facility, until certain requirements are met. If the defendants choose to resume operations, the consent decree requires them to notify the FDA and take corrective actions before resuming operations.

L. mono is a species of disease-causing bacteria. When people eat food contaminated with L. mono., they may develop a disease called listeriosis. This infection can have serious adverse effects for consumers, particularly women who are or may become pregnant, the elderly and people with weakened immune systems.

According to the complaint, filed by the U.S. Department of Justice on behalf of the agency, the FDA inspected the facility several times since 2017 and found L. mono in the facility during two separate inspections. The inspections also documented multiple violations of the Federal Food, Drug, and Cosmetic Act where the defendants were processing food under insanitary conditions.

The FDA issued the defendants inspection observations noting the violations during each inspection through the use of FDA Form 483s. On Mar. 5, 2019, the defendants responded to the FDA in writing with promised corrective actions. However, the FDA’s follow up inspection found that none of these promised actions were adequate, resulting in today’s injunction.

The FDA is not aware of any confirmed illnesses related to these products. However, consumers who think they may have been sickened by these products should seek the assistance of a health care professional and contact the FDA to report problems with any FDA-regulated products.