MOST SACRED HEART OF JESUS CARDIOLOGY AND VALVULAR INSTITUTE: Dr. Rajamannan Sends Over to the FDA Commissioner the US Senate Finance Investigation Files to Help the FDA's Review of Newly Discovered Design Control Study in Chicago 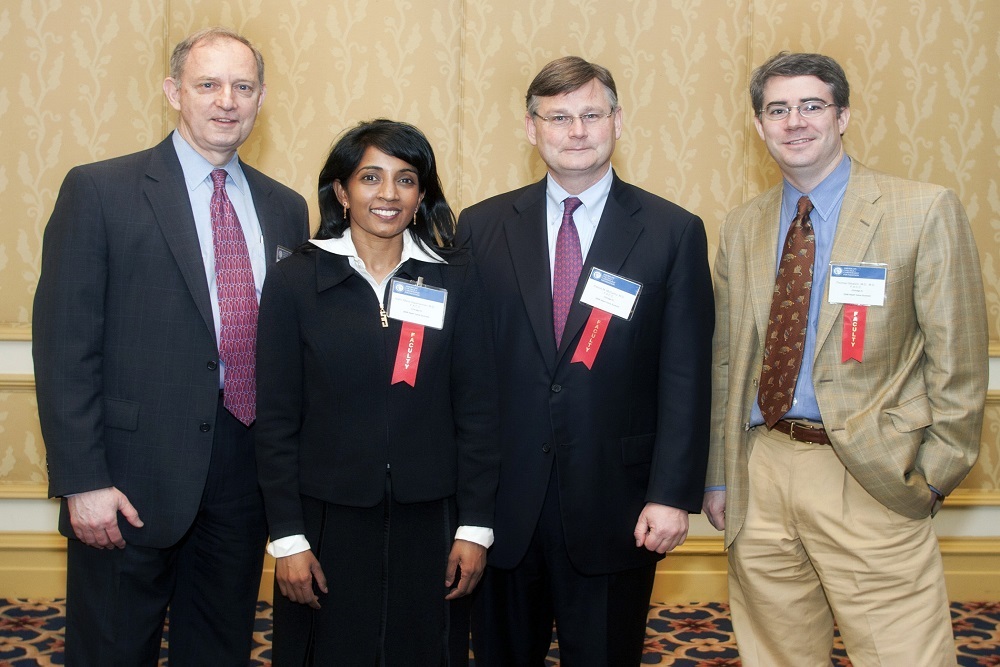 Most Sacred Heart of Jesus Cardiology and Valvular Institute issued the following announcement on Jan. 27.

Most Sacred Heart of Jesus Cardiology and Valvular Institute Medical Director Dr. Nalini Rajamannan has received the Senate Files from the Senate Finance Committee Investigation, the US Senate provided the files to Dr. Rajamannan over the years. The newly discovered evidence defines the stages of the Design Control study, FMEA outcomes, and the final development of the medical device, the FDA Affidavit, the FDA FOIA, and  communications surrounding the audio recordings of the 3.5-hour FDA meeting in Minneapolis, MN, to help the commissioners review of the evidence to report to the 667 patients the status of the Device as reported to Senator Charles Grassley in 2009, by the FDA Congressional office.

The FDA Commissioner, Dr. Hahn, the Illinois and Minnesota Attorney General's offices, Chicago Public Health Department, and the Chicago Mayor's office are reviewing the Minneapolis FDA affidavits regarding patients' rights under HHS Federal Codes for human subject research. The FDA is led by the Commissioner of Food and Drugs, appointed by President Trump with the advice and consent of the United States Senate.

The FDA Commissioner's office now has the newly discovered evidence of delays by the FDA and the reporting to the US Senate Finance Committee regarding the Design Control study to research and develop the Model 5100 device and the delays to inform Chicagoans and U.S. citizens of a new health concern related to the testing of the non-exempt heart device.

The events follow recent reporting by Kaiser Health News that the FDA has lifted their exemption laws. Dr. Nalini Rajamannan, a specialist for patients with valvular heart disease at Most Sacred Heart of Jesus Cardiology, confirms FDA statements after a decade of requesting answers from the FDA from her location in Downtown Sheboygan. Dr. Rajamannan revealed the confirmation FDA letter to Congressman Glenn Grothman that the Food and Drug Deputy Commissioner on policy for the FDA will not inform the patients regarding the status of a heart device implanted in 667 patients across the United States of America.

Former Board of Trustee for the University and now Governor of Illinois, Governor Pritzker, also received the FDA affidavit after years of delays by the FDA in reporting to the patients. The surgical placement of these devices began in 2006. In 2007, the device manufacturer confirmed the "exempt status" in a two-line email to the hospital. The saga related to the heart device is outlined by Dr. Elisabeth Rosenthal's new book "An American Sickness," which highlights the issues related to exempt medical devices in the chapter, "How to get into a Patient's Heart? Follow the Money." The chapter outlines the events summarized by eye-witness Dr. Nalini M. Rajamannan in the series "The Myxo Files a XXIV: A Tale of Three Rings", as published by Kindle Publishing on Amazon.com. Dr. Rajamannan reviewed the FDA letter to the Senate Finance Committee's Chairman Grassley after several years of investigations, classifying the device as not exempt from reporting the device to the FDA and that the device manufacturer needs to submit a new approval application. (See Linked PDF of the FDA Congressional Letter.)

Summation points from the recent press conference at the Institute after a decade of FDA investigations:

The information will help the 667+ patients to finally get answers about whether medical devices placed in their bodies are tested and safe, as the Food and Drug Administration begins to allow access to volumes of previously shielded data from consumers as written to then-Senator Richard Lugar (IN) and Congressman Glenn Grothman (WI). The Senate Finance committee is involved in these investigations on behalf of Medicare and Medicaid because government dollars fund the use of medical devices in patients' health.

More importantly, the findings published in the Daily Northwestern in 2019 will help patients know more about medical devices implanted into their bodies.

Dr. Nalini Rajamannan is a heart valve expert in the field of cardiovascular medicine. She earned her undergraduate science pre-professional degree from the University of Notre Dame, her Medical Doctorate from Mayo Medical School and her post-graduate training in Internal Medicine and Cardiology at the Mayo Clinic and Research Fellowship on the NIH training Grant. She also worked at the Mayo Clinic as a staff consultant in Internal Medicine and an Associate Professor of Medicine at Northwestern University and the Lakeside and Westside VA. Currently, she practices consultative valvular medicine and Osteocardiology at Most Sacred Heart of Jesus Cardiology and Valvular Institute, WI.