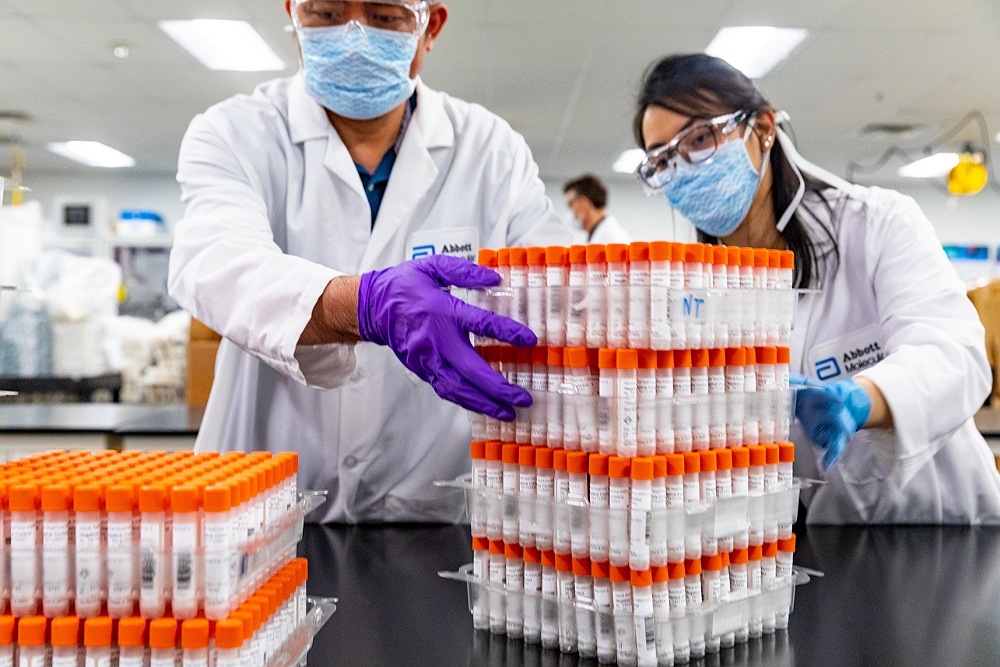 - The test will be used on the company's m2000 RealTime system that is currently available in hospitals and molecular laboratories in the U.S.

- Company scaling up production at its U.S. manufacturing location to reach capacity for 1 million tests per week by end of March

Abbott (NYSE: ABT) announced today that the U.S. Food and Drug Administration has issued Emergency Use Authorization (EUA) for the company's molecular test for novel coronavirus (COVID-19). Abbott is immediately shipping 150,000 Abbott RealTime SARS-CoV-2 EUA tests to existing customers in the U.S. The tests are used on the company's m2000™ RealTime System. Abbott will be working with health systems and government authorities to deploy additional m2000 systems where they are needed.

"A global challenge like coronavirus requires the commitment and cooperation of everyone who has the ability to help address it," said Miles D. White, chairman and chief executive officer, Abbott. "I'm proud of the Abbott team and what they've accomplished in such a short period of time, and I want to thank the Administration and the FDA for their partnership in making this happen."

As a leader in diagnostics testing, Abbott is working to do its part to combat this global pandemic. Across the U.S., more than 175 m2000 systems are used in hospital and reference laboratories. The systems have the ability to run high volumes of up to 470 tests in 24 hours, helping to meet the increasing demand for testing. Many of these instruments are used in university and community hospitals where patients come for care, resulting in testing that happens closer to the patient rather than sending it to an offsite lab. Abbott is immediately distributing 150,000 tests and will continue ramping up production to the highest levels possible, with the goal of providing up to 1 million tests per week. Abbott is manufacturing these tests in the U.S.

About the m2000 Molecular Platform

The Abbott m2000 RealTime System is a molecular solution featuring a broad menu of tests, including ones for infectious diseases. The platform uses polymerase chain reaction (PCR) technology, which amplifies a single piece (or few copies of a piece) of DNA to quickly and accurately diagnose a patient. The m2000 is currently used in labs around the world.

Abbott has long been a global leader in infectious disease testing, including the development of the first HIV test. The company created a Global Surveillance Program 25 years ago to monitor HIV and hepatitis viruses and identify mutations to ensure the company's tests remain up to date. Abbott also has a long-standing discovery program that identifies new or unknown pathogens and develops tests to address these new threats.

Abbott is a global healthcare leader that helps people live more fully at all stages of life. Our portfolio of life-changing technologies spans the spectrum of healthcare, with leading businesses and products in diagnostics, medical devices, nutritionals and branded generic medicines. Our 107,000 colleagues serve people in more than 160 countries.